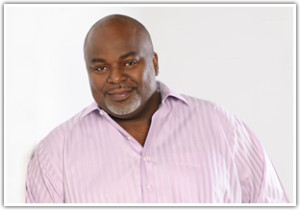 A veteran journalist, career Robertson has written over 50 national magazine covers and has also penned stories for the LA Times, the Atlanta Journal Constitution, Billboard, Essence and Ebony magazines. He is the founder and editor of the nationally syndicated Arts & Lifestyle column, the Robertson Treatment. Now in its 16th year, the column appears in 30 newspapers across the country boasting a readership in excess of 2 million.

On television, Robertson has shared his expertise on topical issues for numerous shows that includes: CNN, HLN, MSNBC, E Entertainment and National Public Radio. He is also a popular national lecturer who’s speaks on issues that impact professional growth strategies and personal development.

Robertson is a co-founder and President of the African American Film Critics Association (AAFCA), the leading body of Black American film critics and produces the annual AAFCA Awards, which has grown into an important event on the Hollywood Awards Calendar.

Robertson is currently producing two documentaries based on his earlier works and is also an executive producer of the soon to be televised AAFCA Awards.

The resource could not be found.